Car accidents happen every day. Often, crashes result in catastrophic injuries that lead to skyrocketing medical bills and lost wages. In many cases, people do not even realize that they have been injured until some time has passed. Known as delayed pain, sometimes this occurs because adrenaline from the shock of the accident can mask discomfort. It is important to seek medical attention right away to hasten recovery and also document injuries. It is best if you consult a lawyer before speaking to the insurance company, as any mistake may jeopardize a claim.

According to the National Highway Traffic Safety Administration (NHTSA), over three million people are injured in car accidents every year in the United States. Compensable injuries from auto accidents range from relatively minor to severe, depending on whether the person was wearing a seat belt, where the car was impacted, whether the individual was facing forward or turned to the side at the time, the speed of all vehicles involved at the time of the crash, and whether air bags were deployed.

Steps to Take After a Car Accident

If you have been involved in a car accident, ensure that you move to a safe place, off of a busy roadway. Seeking medical attention for any injuries – even though none may be apparent initially – is critical. Obtain contact information for the other drivers involved in the accident and talk to any witnesses who may be at the scene. Lastly, do not speak to an insurance company until you have contacted an attorney who is experienced with car accident litigation to ensure that your rights are protected.

Recovering Compensation for Injuries in Pennsylvania

After a car crash, the police will file a report, which will be reviewed by both drivers’ insurance companies. An agent will investigate the cause of the crash and estimate the damages. Once this has happened, victims can begin negotiating for a settlement. They almost always offer far less than your claim is worth. Hiring a Wilmington car accident lawyer who is also an experienced negotiator can help your chances of recovering the full amount you deserve.

How Long Do I Have to File a Claim? 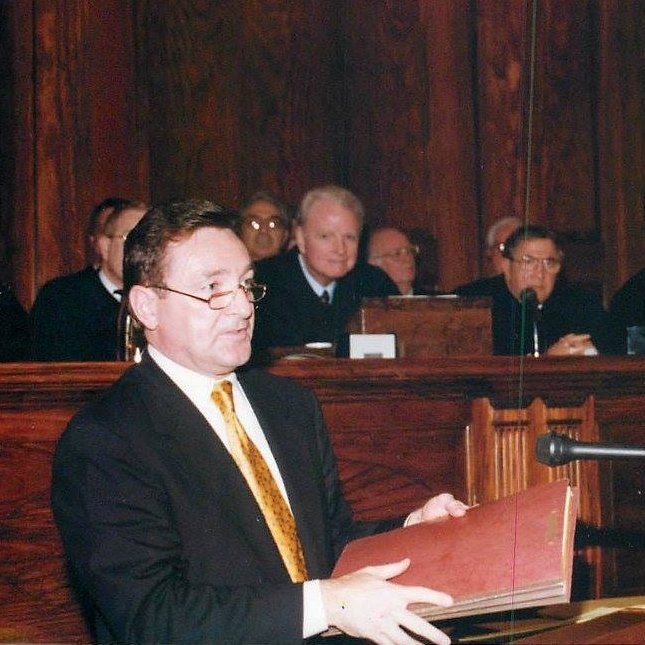 "For over forty years, I have been helping clients with a wide range of personal and business issues. Drawing from a diverse experience, I believe I have a gift for finding unique, equitable and sometimes unexpected solutions to challenging legal problems."

"More than just another lawyer, I'm a good listener, and a problem solver. Call me today to schedule your free consultation."